Skip to main content
The results of your search are shown below. To refine your search, revise your keywords, and/or select the appropriate check boxes to the right.

Error 401.x "You are not authorized to view this page" when accessing Millennium logon screen

Symptom
When attempting to access the Millennium logon screen, you receive an HTTP 401.1 error message:
‘You are not authorized to view this page’ 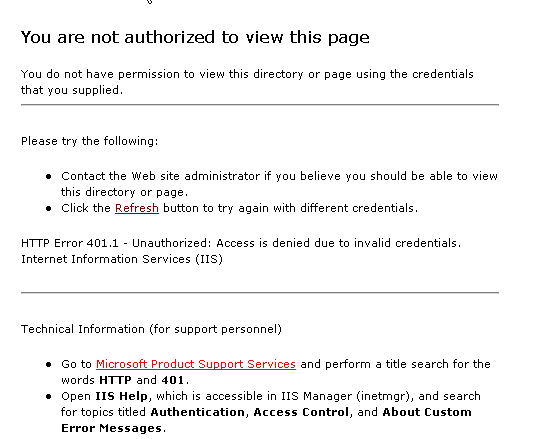 After updating to MIP version 2014.6, Dashboard gives error ‘Failed to open document’ upon launching and will not populate data.

Previous year amounts reported on the Dashboard Trend Analyst are different from reports.

The Dashboard Cash Management ‘Quick Ratio’ is only showing dashes not the ratio.

DF-M20847- Qlikview applications are not displaying when https is used

Where can I find Millennium QlikView install files?

DF-FA-25176-Error ‘Internal error, cannot complete the operation’ when drilling down in Dashboard in Modern UI

When attempting to drilldown on any chart in the dashboard of the modern UI, the following error is returned: ‘Internal error, cannot complete the operation.'

No matter what is checked in Add Bookmark, the Share Bookmark option is not available

No matter what is checked in Add Bookmark, the Share Bookmark option is never available. Even when logged in as Admin.

Fiscal Year activity is not displaying correctly on the Dashboard

When the fiscal year is set to something other than a calendar year, the first months of the new FY are not included in the Dashboard correctly.  For example if the Fiscal year changes September 1, 2010 (so FY is September 1, 2010-August 31, 2011) – September, October, November, and December for FY 2011 will not display, even though there is activity for those months.  The Activity will appear once the computer date changes to 1/1/2011.

Budget Variances on Dashboard do not match report

How to use User Defined Fields

Learn to use the Visual Analyzer Module

Symptom
If a site does not have a default SPS merchant account, the Visual Analyzer server information will not properly load into the cache.
Product Line
Millennium

Why do I receive an error about the Visual Analyzer module which prevents me from signing into any of the Sage applications?